When calculating electrical circuits, including for modeling purposes, Kirchhoff’s laws are widely applied, which make it possible to completely determine the mode of its operation.

Before moving on to the very laws of Kirchhoff, we give a definition of the branches and nodes of an electric circuit.

A branch of an electric circuit is such a section of it that consists only of series-connected sources of EMF and resistances, along which the same current flows. An electric circuit node is a place (point) of connection of three or more branches. When going around branches connected in nodes, you can get a closed circuit of the electric circuit. Each circuit is a closed path passing through several branches, with each node in the circuit under consideration occurs no more than once [1].

The first Kirchhoff law is applied to nodes and is formulated as follows: the algebraic sum of currents in a node is zero:

or in complex form

Let us describe the methodology for compiling equations according to the laws of Kirchhoff. Consider it on the example of the electrical circuit shown in Fig. 1. 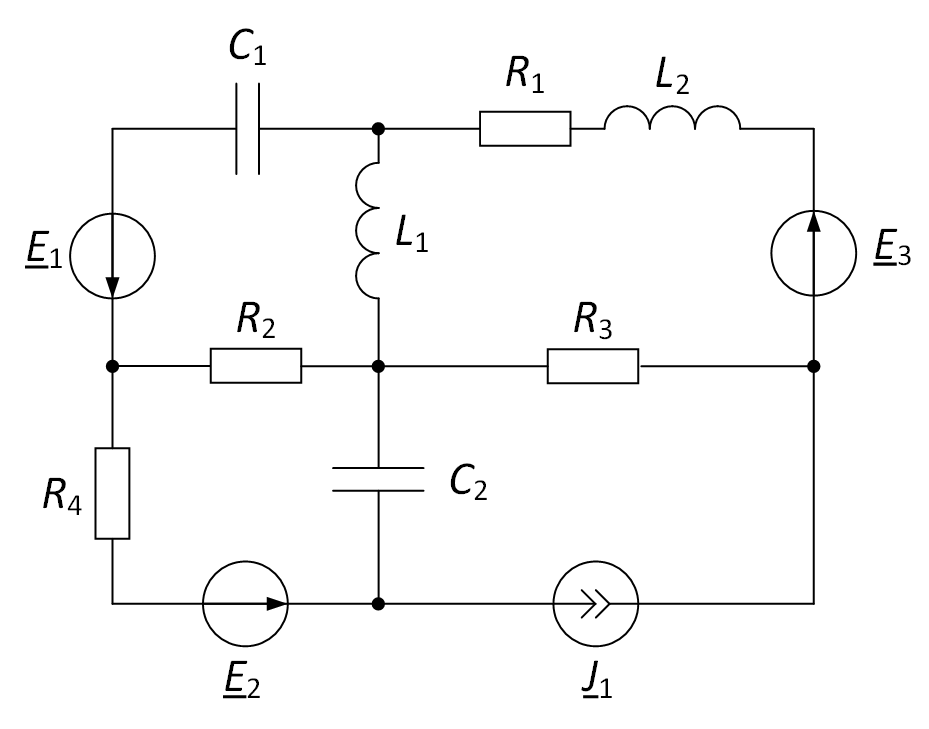 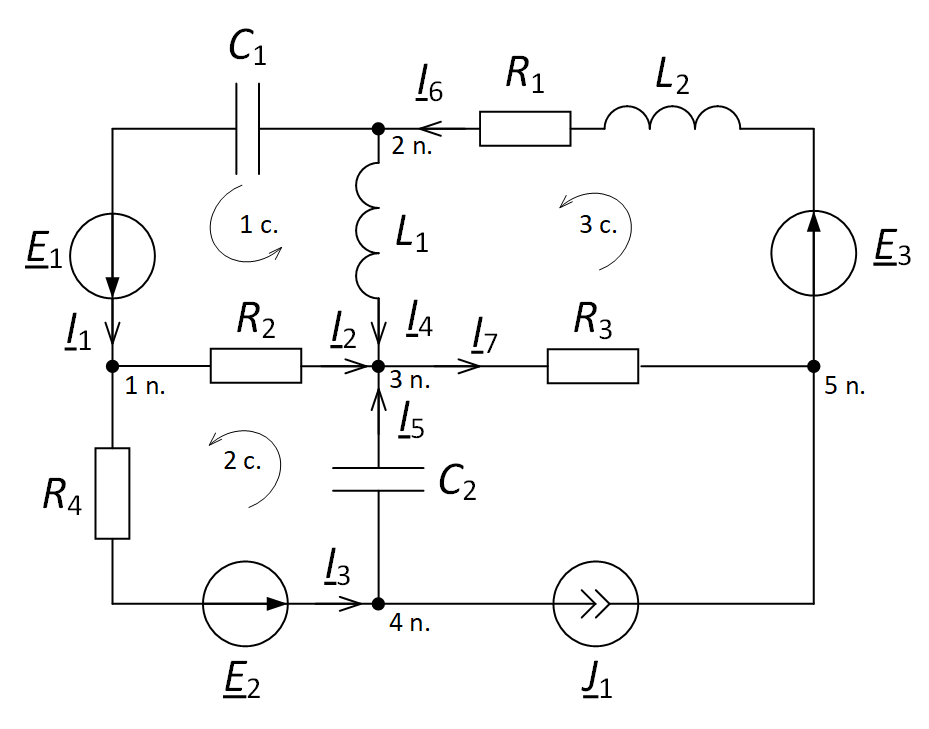 for the node “2 n.” the equation according to the first law of Kirchhoff will look as follows:

The equation for the node “5 n.” you can not make.

for the “2 c.” circuit, the equation according to the second Kirchhoff law will look as follows:

Thus, in order to find the required currents, it is necessary to solve the following system of equations:

To solve this system of equations, we use the following script:

As a result, we obtain a column vector I of currents from seven elements, consisting of the sought currents, written in general form. We see that the Matlab software package can significantly simplify the solution of complex systems of equations compiled according to the laws of Kirchhoff.