In addition to the derivation of the method of nodal potentials, we consider a method for calculating electrical circuits using this method.

The calculation sequence is as follows.

Fig. 1. An example of combining nodes with the same potential 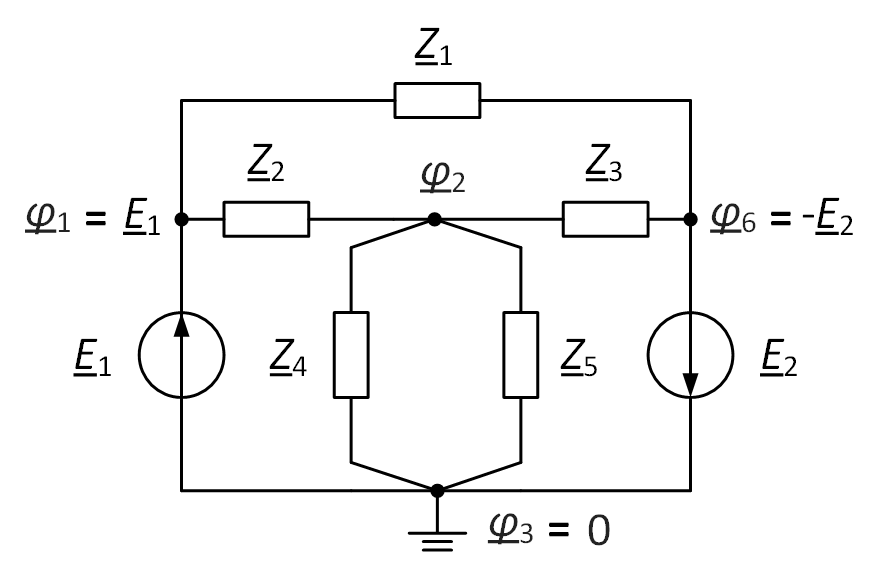 Fig. 2. The choice of the base node

Note. Often, the grounding symbol is used to designate the base unit, since it is commonly believed that the “ground” has zero potential.

If there is more than one special branch, and they do not have common nodes, then the equations for nodes that include a special branch that is not adjacent to the base node are written as follows:

Example. As an example, consider a circuit with two special branches and a current source (Fig. 3). The number of equations compiled to find the nodal potentials is 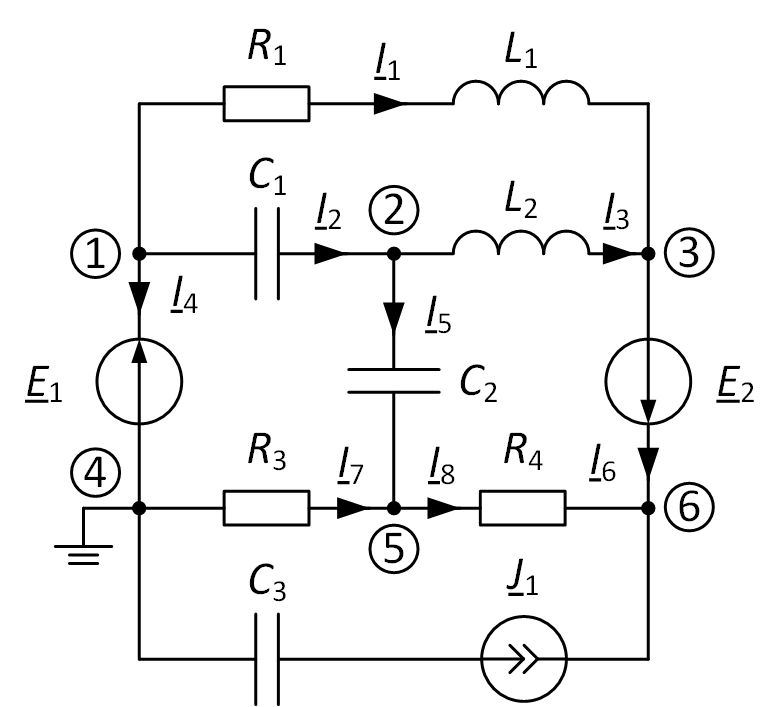 Fig. 3. An example of calculating an electrical circuit

In branch 3-6, it is necessary to find the potential of only one of the nodes (we calculate for node 6), since the second (potential of node 3) will differ by the EMF value, i.e. φ3 = φ6 – E2. Next, it is necessary to draw up equations for finding the remaining potentials at nodes 2, 5, and 6. It should be noted that the capacitance of the branch with the current source will not affect the calculations, since the conductivity of this branch is infinitely large, and the current is set by the source itself.

We substitute the known values of the potentials, reducing the number of unknowns:

We transfer all the free components to the right side of the equalities and obtain a finite system of equations with three unknown nodal potentials:

Let’s write a script in Matlab to find unknowns:

Note. To solve in a numerical form, it is necessary to replace the symbolic task of variables with real values of conductivities, voltage sources, and source current.

As a result, we obtain a column vector φ of three elements, consisting of the desired nodal potentials, while the currents in the branches through the potentials of the nodes:

To verify the accuracy of the calculation, you can use the equations according to the first Kirchhoff law: if the sums of currents in nodes 2 and 5 are equal to zeros, then the calculation is performed correctly: